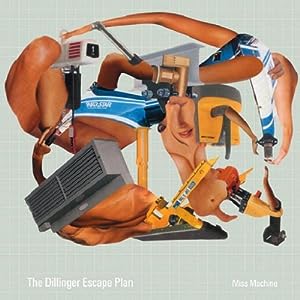 Who knew people still cared about DEP in 2012? They're playing a sold out show in Eagle Rock tomorrow night and a free show in Fullerton the night after that. I'm not going to either but they've triggered those 15 year old synapses in my brain that would blast this record in the back of my mom's minivan.
The Dillinger Escape Plan are a middle of nowhere New Jersey band often attributed as the godfathers of the worst genre name ever: "mathcore." BUT most people don't know that they actually started as an NFL themed metal band whose goal was to create a concept album in tribute to the finest players of the football sports genre. You can hear an original demo of "43% Burnt" here. Unfortunately, the idiots at Relapse would have none of it, and DEP had to completely change their sound (a decision that would see DEP leaving Relapse in the years to come).
Anyway...
Looking back at DEP, I can't understand why their music was so highly touted. Calculating Infinity had a lot of face melting guitar and physically demanding drums with time-bending signatures that would give Dali a headache. But the precision of it all is ruined by some of the most bland vocals I've ever heard. That along with the nature of the music itself makes for an unmemorable listening experience.
Anything the band released after that (except for the collaboration with Mike Patton, which is by far their best recording) brought out droves of Lambgoat and Blabbermouth neckbeards who to this day argue whether or not the music is experimental or commercial. It's ironic that Miss Machine, an album whose theme focuses on body modification and the thin line between self-expression and dehumanization, can itself be broken down into its parts in an almost factorial way. What are you left with? Trent Reznor and Mike Patton worship/imitations (they even tried their best at Justin Timberlake). Not that there's anything wrong with having idols like that, but I'd rather listen to Angel Dust or Bites or Horse Rotorvator (because Reznor is just imitating Skinny Puppy and Coil anyway).
Contextually though, this is a fantastic album. Give it to any 15 year old who is more concerned with shocking people than versing himself in the scriptures of the Church of Patton, and you've got a sure winner. Not to mention, there was that whole "most dangerous band in the world" label, which I was skeptical of until I got my glasses smashed with a cymbal stand. Uhhh, what was the point I was trying to make?? No clue. Blast this and smash some atoms or figure out some integrals or polish your white belt.
Posted by Andrei Gorchakov at 11:59 PM 1 comment: 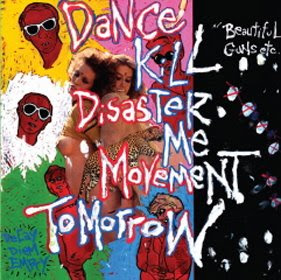 Subpoena the Past - This Year's Eclipse 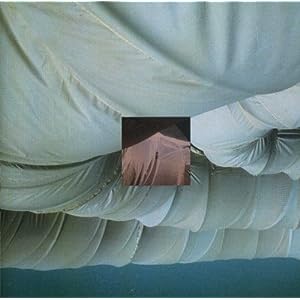 I've got some bad news for you: the GSL website is no more. That'll make my attempt to archive the label's discography more difficult, especially with the 90s releases. If you have any info on them, I'd love it if you could share.
Subpoena the Past was a short-lived Sonny Kay (founder of GSL and vocalist for the VSS, Angel Hair, etc.) side project. Their two EPs showcase Sonny's more "experimental" side. It's basically synth drum and bass loops that venture into "goth" ambient territory. This EP features Joey Karam of Le Shok/the Locust fame.
Posted by Andrei Gorchakov at 10:50 PM No comments:

The Plot to Blow Up the Eiffel Tower - Dissertation, Honey

Debut LP from this infamous San Diego jazz punk group. Members have gone on to be in very boring bands such as Crocodiles and the Soft Pack. Those bands could use an ounce of the homosexual fascist shtick the Plot had to make things a bit more interesting.

Released on Happy Couples Never Last, an Indiana label that reached its peak in the MySpace days with bands such as Breather Resist and pg.99.
Posted by Andrei Gorchakov at 5:55 PM No comments:

Labels: 2003, The Plot To Blow Up The Eiffel Tower

Haven't had regular access to the computer where all my GSL/31Gish music is stored, and to be honest I haven't had much interest in this type of music lately.
Tonight I'll be catching up with some old friends at the Detroit Bar checking out FMA's free residency. For those not in the know, FMA is the side project of Ikey Owens of Mars Volta/De-Facto fame. Mostly instrumental jazzy-dubby tracks, think of this album as the hip-hop cousin to De Facto's Megaton Shotblast.
Posted by Andrei Gorchakov at 5:26 PM No comments:

Katrina Ford's (of Celebration/TV on the Radio fame) first band. Very noisy post-punky stuff, not as good as Love Life.
Posted by Andrei Gorchakov at 6:42 PM No comments: